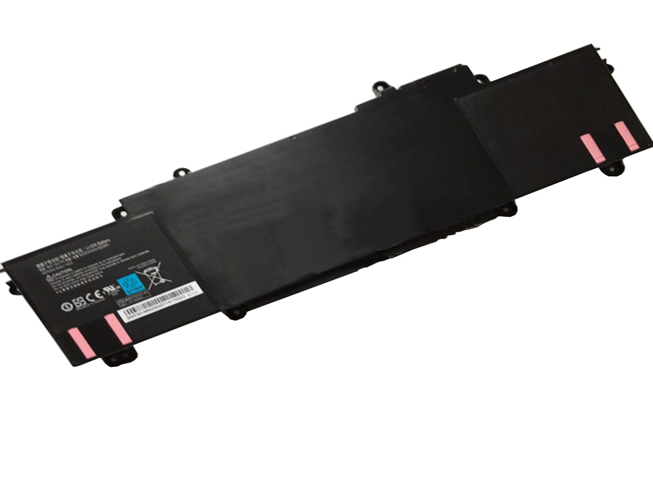 * Please ensure the product(s) that you are going to buy fits the brand, model and part number of your device. 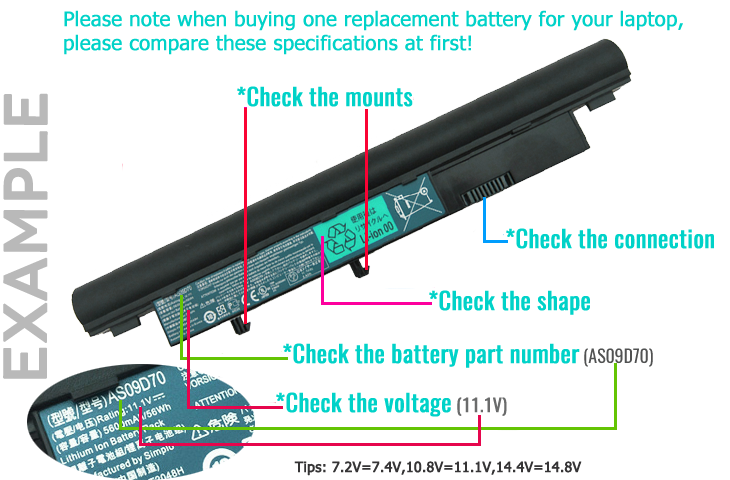 hy You Need A High Quality PSU ?
The role of a PC power supply unit is to convert the AC electric power that comes from the mains to the DC power that the computer requires. But it can do much more than that. A good quality power supply can make your system more efficient, stable and reliable.
Choosing Your Power Supply
Firstly, ensure you select a PSU from a reputable manufacturer.
Output
When choosing a PSU the output is very important. This output is listed as watts and should be greater than the combined wattage of all the components in your system plus 40 to 60%. Very simplistically speaking the more demands you place on your system the higher the wattage of the PC power supply unit should be. For example, a high end gamer will require a far higher wattage than a home user who surfs the net and does some word processing.
Energy Efficiency
But it isn’t all about the wattage. Efficiency is important so look for PSUs that have the 80 Plus certification. This indicates that the PSU will waste less energy than other units making it cheaper to run and much more reliable. PSU Cabling
There are different types of PSU and cabling. Fully modular power supply units enable the user to remove surplus cables from the case, whilst a semi modular PSU has a mix of detachable and hard wired, or permanent, cables.
The third option is a fully wired PSU which, as the name suggests, does not allow any cables to be disconnected. Of the three the fully modular unit is the most versatile.
Power supplies are a frequently misunderstood-and overlooked-PC component. Also called a power supply unit or PSU, the component that supplies power to a computer.

We ship to the Laptop adapter around Globe USA, Canada, UK, NZ and Ireland, Australia. View more laptop adapter. Contact with us if any problem on selecting power adapter.

You can change startup programs in Task Manager. To launch it, simultaneously press Ctrl + Shift + Esc. Or, right-click on the taskbar at the bottom of the desktop and choose Task Manager from the menu that appears.

Another way in Windows 10 is to right-click the Start Menu icon and choose Task Manager.

When the utility is first launched it will default to the programs that are currently running on your system. To access the information you need move the cursor down to the bottom left corner where it says More details. Click on this.

Now you’ll see a wealth of information displayed, including background processes and the resources that they are currently using.

To find the startup items click on the tab along the top that is marked Start-up.

This displays a list of everything that can load when you turn on your machine.

It’s important to note the Status column, as not everything on the list is actually enabled. If an item it marked as Disabled then you can ignore it as it will not load in the startup sequence.

To simplify matters click on the Status column so that it sorts the items into groups of enabled and disabled apps.

If you see any apps that you don’t want as part of your startup sequence then it is very easy to remove them.

Simply right click on the relevant app, then select the Disable option from the pop up menu.

The app will remain in the list, but will no longer launch automatically when you turn on your machine. To enable it again just right click on it and select Enable.

Remember that you’ll need to reboot your machine for these processes to take effect.

Xiaomi wasn’t shy about calling out Apple when announcing the new Mi Notebook Pro here in Beijing today, and on paper the company has a point. Xiaomi’s 15.6-inch laptop has a similar design, allegedly superior performance, and a more practical array of ports — two USB-A, two USB-C, full-size HDMI, and an SD card slot. Most impressively, it comes in at well under half the price for a comparably specced model.

In person, the build quality seems to hold up pretty well, though it’s not quite as thin as Xiaomi’s pictures make it seem next to the MacBook Pro. The biggest surprise is the trackpad, which works similarly to Apple’s Force Touch designs and actually feels far better than the vast majority of comparable Windows machines. There’s also a fingerprint reader built into the trackpad’s top-right corner, and the keyboard is sturdy and satisfying.

Unfortunately, one element of the Mi Notebook Pro is likely to turn off a lot of prospective users weighing it against the MacBook Pro: the screen. Color reproduction seemed fine, but the panel is ultra-glossy and the resolution is just 1080p, which looks pretty pixelated at this size, without the option for anything higher. The new MacBook Pro might not have an SD card slot, but I know which machine I’d rather edit photos or video on — for certain tasks, it’s hard to go back once you’ve used a Mac with a Retina display or a PC with a similarly high-res monitor.

That said, many people probably won’t care and would prefer to save more than $1,000 on Apple’s offering. Xiaomi CEO Lei Jun said today that last year’s Mi Notebook Air was ranked number 1 among slim laptops in China, so the brand does have some momentum in the space.

In today’s rapidly changing society, the need for interchangeable parts is growing increasingly more popular. Replacement RAM for a laptop can be a great way of increasing the speed of the laptop in its entirety. Speed is not the only reason for changing out the laptop RAM (Random Access Memory). It can also be the solution to a number of troubleshooting problems that may occur with your personal computer.

Most laptops have a single-screw door that can be opened for easy access to the RAM, and simple spring-loaders that hold the unit in place. Slowly press each side of the spring-loader’s release, and carefully extract the RAM, making sure that the RAM will not pop up into the air, and damage other parts inside the laptop.

Next, take the replacement RAM and line it up with the slots, but also while checking to see if it is being placed in properly (most are slotted to ensure proper placement). This can be checked by looking at the other RAM modules that are currently installed and follow the direction that the old RAM faces.

The notches on many laptops are located differently, and they also prevent the installation of older RAM modules, that require a higher voltage, from being placed into the slot. As with all computer parts, always handle the RAM by the edges, and never touch the gold contacts. The oils from your fingers can degrade the connection and cause a failure within the module. The next step requires seating the memory module by pressing down, firmly, with your thumbs on both ends of the module to confirm a safe and strong hold on the RAM.

Finally, after successfully placing the RAM into the slot, the only step left is to replace the door and screw it into place again. To verify the attempted RAM upgrade was successfully installed right-click on “My Computer” and select “Properties”. Under the selection of “Computer,” your expanded RAM size should be listed.

The device, exclusive to Vodafone, is 4G enabled and available for £49 on Pay as you go

Vodafone has made its latest device, the Vodafone Smart E8, available for purchase.

The latest Vodafone Smart device boasts a complete unibody casing, a five inch LCD display and a second microphone that reduces background noise on whilst the user is on a call.

Beneath the screen the Smart E8 runs on a Snapdragon 210 processor with 1GB of RAM and Android Nougat 7.1 and 8GB of storage of which 3.44GB is available.

The Vodafone Smart E8 costs £49 on pay as you go with the device only available in blue.