Google flipped the script last year when it retired the Nexus line in favor of its own branded handsets. Now all eyes are on the Pixel 2. With improved specs and even better cameras, the new phones are poised to propel Google back to the head of the class with a pure Android O experience. 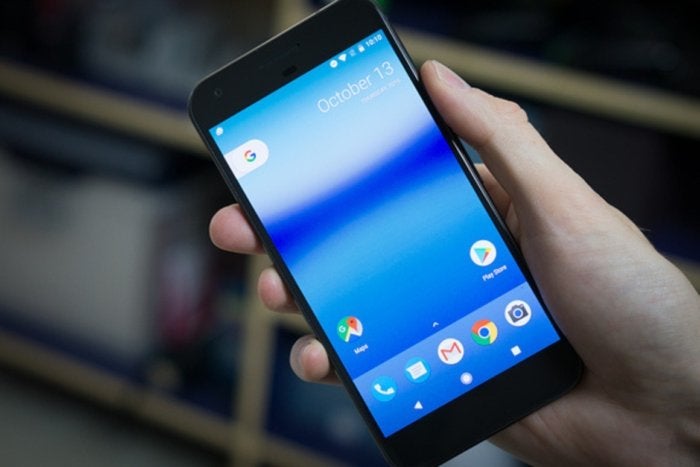 Since the Pixel and Pixel XL landed, the LG G6 and Galaxy S8 have upped the ante for premium phones with their slim bezels and 16:9 screens. So, like last year, we’ll be watching to see whether the next version of Google’s handset can chip away at Samsung’s dominance. Details are already starting to leak about the Pixel 2 phones, so stay tuned to this article for the very latest information:

While the Pixel’s iPhone-inspired front seemed somewhat uninspired last year, it looks downright boring next to the bezel-slimming designs of LG’s G6 and Samsung’s Galaxy S8. Rumors suggest that will change. Android Police has gotten its hands on a supposed leak of the Pixel 2 XL rendering, where it appears to have a 2:1 screen like the G6 and S8, much thinner bezels, and smoother 3D edges (though the report says the glass will be flat, not curved). The site claims the new phone will sport a 6-inch AMOLED display manufactured by LG, which makes sense given Google’s reported $900 million investment in LG Display. The picture also shows a similar two-tone rear case with a smaller window of glass around the camera, a feature first reported by XDA Developers.  Android Police says that the XL model will represent “the cutting edge of Google’s engineering and design efforts, while the smaller device will act as a sort of entry-level option.”

Speaking of the entry-level Pixel, XDA Developers reports it will feature a 4.97-inch, 1080p display similar to the current version’s, with an “almost identical” design. A leaked image published by GSMArena, above, seems to confirm this description. The spy shot shows a slightly more rectangular device with chunky bezels all around. Of note, there is a new speaker slit below the screen, suggesting the handset will have front-facing stereo speakers.

A series of 3D renders based on leaked design schematics confirm much of what Android Police and XDA Developers have reported as far as the design goes, with dimensions that match of very closely to the current models: 145.3 x 69.3 x 7.8 mm for the smaller model and 157.6 x 76.3 x 7.9 mm for the XL. But there’s one extra tidbit: There may be a camera bump as well.

Last year’s Pixel featured the then-top-of-the-line Snapdragon 821 chip, and this year’s Pixel may also incorporate high-quality silicon. XDA Developers claims the phones will be powered by the Snapdragon 835 chip, along with the same 4GB of RAM in the current models. A newer report from International Business Times claims that Google will be using an updated version of the chip, much like last year. The publication says it will be the the first phone to use the Snapdragon 836 chip, bringing “faster throughput with minimal power consumption.” Evan Blass all but confirmed the new chip with in a tweet announcing the date the new phones will be unveiled.

Additionally, the smaller Pixel will come in a 64GB variation, though it’s unclear whether it will replace the 32GB base model or add another tier.

Audiophiles will be bummed to learn that Google might dump the headphone jack in the Pixel 2. XDA Developers and 9to5Google both report that the 3.5mm jack will be jettisoned in the new model in favor of stereo speakers. And the 3D renders we’ve seen all but confirm this report. However, audiophiles should rest a little easier knowing that Google has been hard at work at fixing the Bluetooth issues that plague the current models, as reveled in a recent Reddit AMA by Android O engineers.

Finally, Android Police reports that the new Pixel will have a squeezable frame like the HTC U11 to launch Google Assistant and other apps. 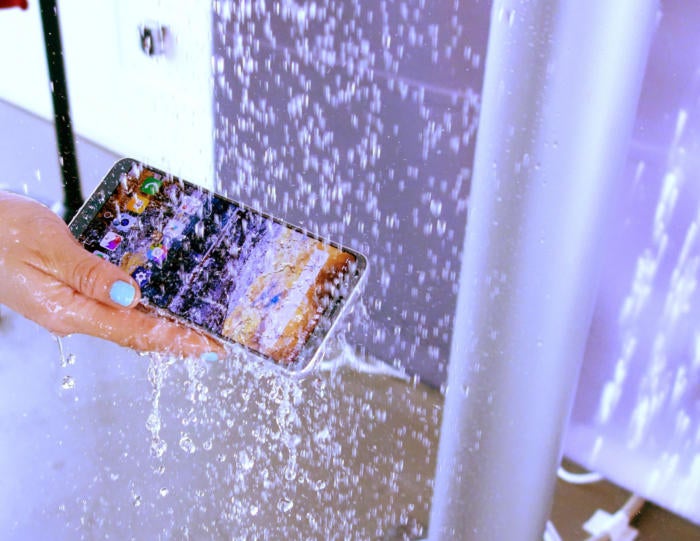 It was somewhat surprising that Google opted to skip IP68 water resistance in the original Pixel, but there are signs it will rectify that in its next handset. As 9to5Google explains, the feature is “on the table” for the Pixel 2—although sources had previously informed the site that it was a priority for the next release.

If there’s one thing you can count on in a new flagship phone, it’s that the camera will be better. 9to5Google reports that Google won’t focus on megapixels with the Pixel 2, but rather will “compensate in extra features.” It’s unclear exactly what that means, but the site says the camera will be a “major focus” in the development of the Pixel 2. Additionally, XDA Developers reports that the Pixel 2 will stick with a single camera rather than a dual setup. And the render from Android Police bears this out, showing a single lens that is much larger than the current model, however it does appear to jut out ever so slightly from the case.

In a blog post, Google has already shown off some incredible results from its experimental nighttime photography techniques that use the existing Pixel camera to generate some incredible low-light images, and we’re hoping some of that processing power makes its way into the Pixel 2.

Premium phones don’t usually go down in price, and the Pixel 2 isn’t about to break that trend. In fact, it might cost more. 9to5Google reports that Google’s next handset will be “at least” $50 higher than this year’s model, meaning it would start at $699 for the 5-inch model and top $800 for the Pixel 2 XL. Furthermore, a comment by Rick Osterloh confirms that the flagship Pixel will stay a “premium” phone, meaning it will fetch many hundreds of dollars.