The battle over thin and light notebooks flared back to life at IFA 2017 on Wednesday. Mere hours after Acer revealed the Switch 7 Black Edition, a 2-in-1 laptop with a detachable keyboard and dedicated graphics chips, Asus unleashed an army of svelte new ZenBook laptops equipped with Intel’s new quad-core 8th-gen Core CPUs and discrete Nvidia GPUs of their own. We loved the last ZenBook Flip that crossed PCWorld’s test bench, so let’s dig in!

Asus beat the drum loudest for the ZenBook Flip 14, which it calls “the world’s thinnest 2-in-1 laptop with high-performance discrete graphics.” The 13.9mm-thin laptop packs the same somewhat mysterious GeForce MX150 chip as Acer’s Switch 7 to achieve that feat. Nvidia says the MX150 is three times more efficient and 30 percent faster than the GeForce 940MX it replaced. The laptop’s no slouch in other areas either, with a quad-core Core i7 processor, 16GB of RAM, and a 512GB PCIe SSD.

The ZenBook Flip 14 includes niceties beyond swanky graphics and a small size, though. Audio duties are handled by Harman Kardon, and the notebook packs a fingerprint sensor for Windows Hello biometric authentication. A “NanoEdge” bezel let Asus include a 14-inch 1080p panel while giving the laptop a similar footprint to most 13-inch notebooks—and that display can flip a full 360 degrees. 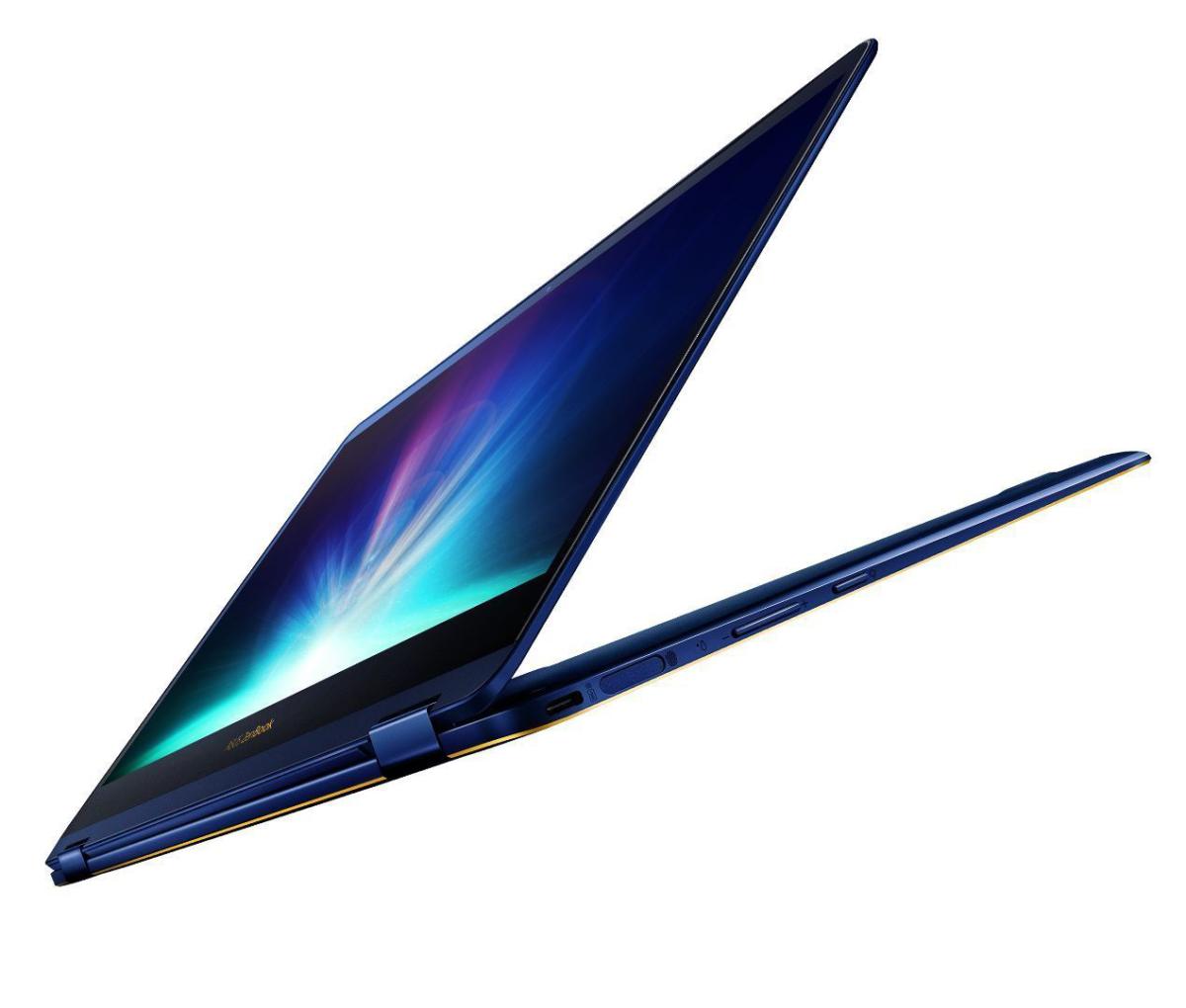 The ZenBook Flip 15 is a bit larger and swaps out Nvidia’s MX150 chip for gamer-friendly GTX 1050 graphics. Asus puts the extra space to good use, offering your choice of 1080p and 4K displays with a 178-degree field of view, Thunderbolt 3-equipped USB-C ports, and up to a 2TB hard drive in addition to everything you find in the Flip 14.

Asus says the Flip 15 is the most powerful ZenBook Flip ever. If you want to push your gaming experience even further, the company also announced the ROG Station X2. This second-generation Asus graphics card dock lets you power up your laptop with full-blown desktop graphics cards. It connects over Thunderbolt 3.

The ZenBook Flip S is even smaller than the itty-bitty Flip 14, measuring in at just 10.9mm thick with a 2.42-pound heft. Despite that tiny size the 2-in-1 harbors an 8th-gen Core i7-8550U processor, a 1TB PCIe SSD, and a fingerprint reader, as well as an option to upgrade to a 4K display.

Availability and U.S. pricing for the ZenBook laptops weren’t announced. On the opposite end of the notebook spectrum, Asus’ ROG gaming brand revealed the ROG Chimera, a hefty gaming rig that brings buttery-smooth 144Hz G-Sync displays to laptops.