Dell might be sticking to the adage of “If it ain’t broke, don’t fix it” when it comes to the XPS 13, but that strategy keeps producing the best ultrabook of the bunch. The Kaby Lake XPS 13 shares the same design as its predecessors: a quality aluminium exterior and carbon-fiber top, and that wonderfully compact, bezel-free 13-inch screen.

Dell actually released two updates to the XPS 13 in 2016: The one at the start of the year swapped in a Skylake CPU, added a USB Type-C port that served as an alternative charging port, and offered upgraded storage options. The most recent refresh—and our new pick for Best Ultrabook—keeps the same chassis changes as the Skylake XPS 13, features a jump to Intel’s new Kaby Lake processor, and sports a slightly larger battery. You get improved performance across the board, with a nice bump of an extra half-hour of battery life during video playback. 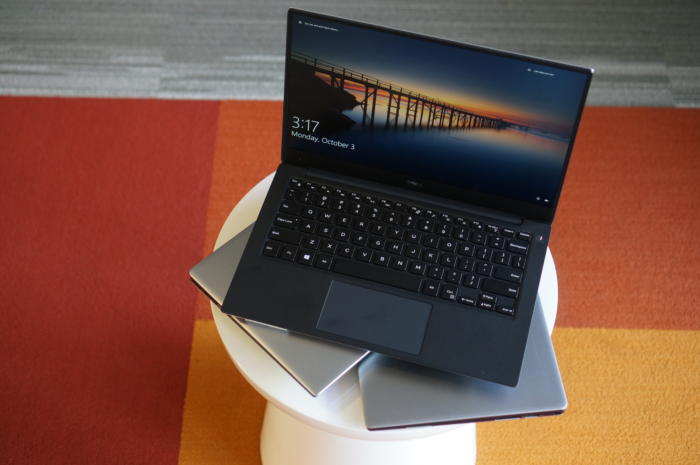 The Kaby Lake version of the Dell XPS 13 maintains that balance between portability, compact size, and performance that we like so much.

Our only lingering complaint is the small keyboard, but overall, you can’t lose with the newest XPS 13. It’s a truly compact ultrabook that punches out of its class.

If looks are more your thing, the HP Spectre 13.3 certainly has a distinct profile: It’s one of the thinnest ultrabooks around. For anyone coveting the streamlined experience of Apple’s 12-inch MacBook, this 13-inch notebook will bring you close while providing superior performance.

You might expect such a skinny laptop to sport a lower-wattage Core i3 or i5 processor, but HP fits a 15 watt Core i5 or i7 processor into this Spectre. That puts it on par with other, chunkier top-tier ultrabooks, like the XPS 13. Combined with its 256GB M.2 SSD, it runs smoothly and swiftly during typical office drone work (word processing, spreadsheet editing, web browsing, etc), without any heavy throttling of performance during CPU-intensive tasks. HP also made the ports count: While there are just a few, you get not one but two Thunderbolt 3 ports, as well as a USB-C port. 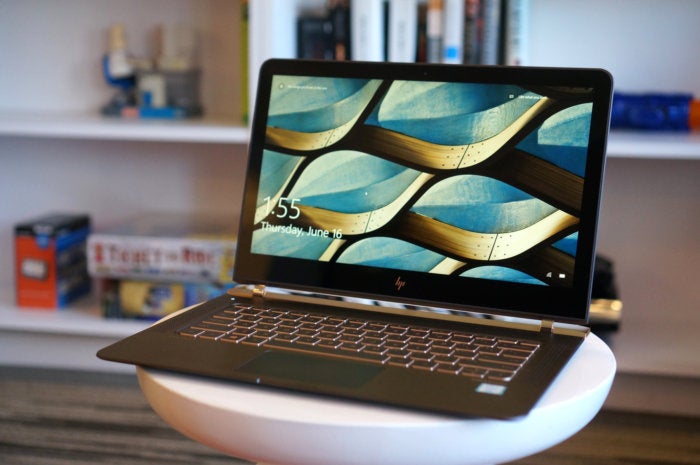 The HP Spectre 13.3 is one of the sleekest ultrabooks around.

The drawbacks of this modern and sleek notebook are its battery life, which is modest due to its smaller battery, and its wider frame. (The Spectre 13.3’s hardware and cooling configuration requires a certain amount of space—HP’s engineering is impressive but can’t defy the laws of physics.) It’s for those reasons that we prefer the Dell XPS 13, but this laptop is still a very fine companion.